As a recipient of statutory levies from the Commonwealth Government, LiveCorp is required to undertake a regular independent review to assess its performance against specific funding criteria.

SED Advisory has completed a review of the period 2016 to 2020 and formed an opinion that LiveCorp operations were compliant with the terms and conditions of its Funding Agreement with the Commonwealth, the LiveCorp Constitution and the Australian Meat and Livestock Industry Act 1997.

Taking into account the operating environment over the review period, SED is of the view that LiveCorp performed effectively in light of the circumstances.

Four recommendations were made, and LiveCorp has developed an implementation plan with its response.

LiveCorp has also prepared a summary of the report. 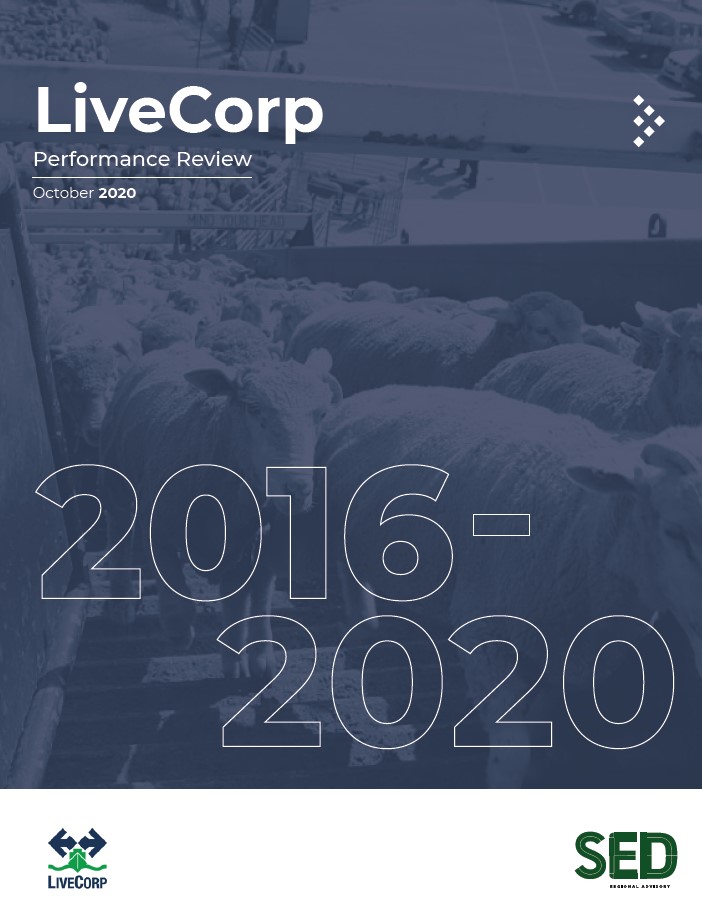